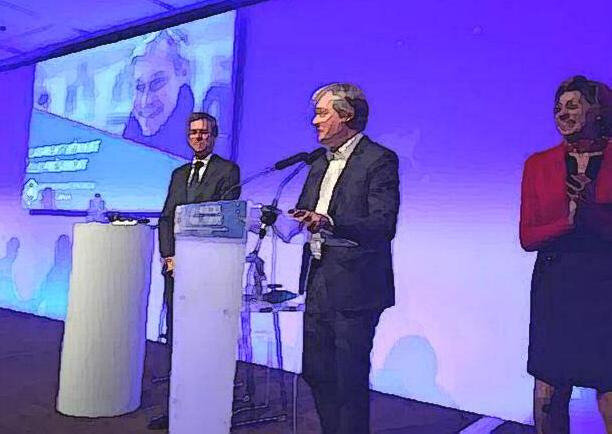 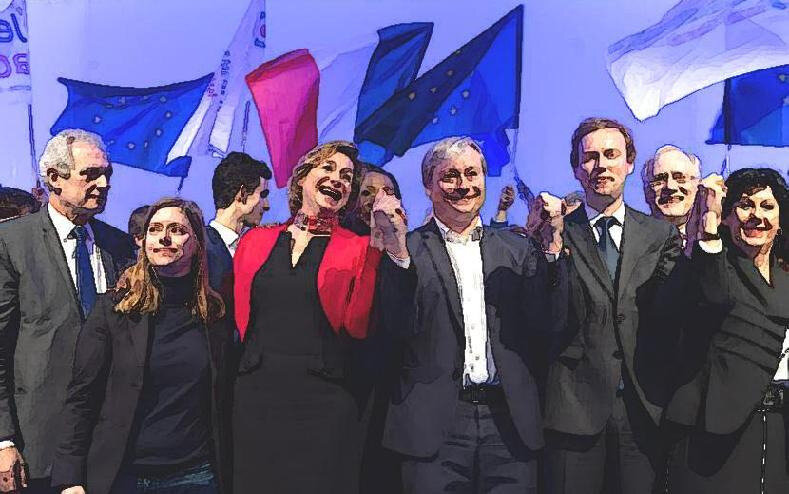 If I am taking the liberty of addressing you directly, it is not only in the name of the history and values that unite us. It is because time is of the essence. In a few weeks’ time, the European elections will be decisive for the future of our continent.

Brexit stands as the symbol of that. It symbolises the crisis of Europe, which has failed to respond to its peoples’ needs for protection from the major shocks of the modern world. It also symbolises the European trap. The trap is not being part of the European Union. The trap is in the lie and the irresponsibility that can destroy it. Who told the British people the truth about their post-Brexit future? Who spoke to them about losing access to the European market? Who mentioned the risks to peace in Ireland of restoring the former border? Nationalist retrenchment offers nothing; it is rejection without an alternative. And this trap threatens the whole of Europe: the anger mongers, backed by fake news, promise anything and everything.

We have to stand firm, proud and lucid, in the face of this manipulation and say first of all what Europe is. It is a historic success: the reconciliation of a devastated continent in an unprecedented project of peace, prosperity and freedom. We should never forget that. And this project continues to protect us today. What country can act on its own in the face of aggressive strategies by the major powers? Who can claim to be sovereign, on their own, in the face of the digital giants? How would we resist the crises of financial capitalism without the euro, which is a force for the entire European Union? Europe is also those thousands of projects daily that have changed the face of our regions: the school refurbished, the road built, and the long-awaited arrival of high-speed Internet access. This struggle is a daily commitment, because Europe, like peace, can never be taken for granted. I tirelessly pursue it in the name of France to take Europe forward and defend its model. We have shown that what we were told was unattainable, the creation of a European defence capability and the protection of social rights, was in fact possible.

Yet we need to do more and sooner, because there is the other trap: the trap of the status quo and resignation. Faced with the major crises in the world, citizens so often ask us, “Where is Europe? What is Europe doing?” It has become a soulless market in their eyes. Yet Europe is not just a market. It is a project. A market is useful, but it should not detract from the need for borders that protect and values that unite. The nationalists are misguided when they claim to defend our identity by withdrawing from Europe, because it is the European civilisation that unites, frees and protects us. But those who would change nothing are also misguided, because they deny the fears felt by our peoples, the doubts that undermine our democracies. We are at a pivotal moment for our continent, a moment when together we need to politically and culturally reinvent the shape of our civilisation in a changing world. It is the moment for European renewal. Hence, resisting the temptation of isolation and divisions, I propose we build this renewal together around three ambitions: freedom, protection and progress.

The European model is based on the freedom of man and the diversity of opinions and creation. Our first freedom is democratic freedom: the freedom to choose our leaders as foreign powers seek to influence our vote at each election. I propose creating a European Agency for the Protection of Democracies, which will provide each Member State with European experts to protect their election process against cyber attacks and manipulation. In this same spirit of independence, we should also ban the funding of European political parties by foreign powers. We should have European rules banish all incitements to hate and violence from the Internet, since respect for the individual is the bedrock of our civilisation of dignity.

Founded on internal reconciliation, the European Union has forgotten to look at the realities of the world. Yet no community can create a sense of belonging if it does not have bounds that it protects. The boundary is freedom in security. We therefore need to rethink the Schengen area: all those who want to be part of it should comply with obligations of responsibility (stringent border controls) and solidarity (one asylum policy with the same acceptance and refusal rules). We will need a common border force and a European asylum office, strict control obligations and European solidarity to which each country will contribute under the authority of a European Council for Internal Security. On the issue of migration, I believe in a Europe that protects both its values and its borders.

The same standards should apply to defence. Substantial progress has been made in the last two years, but we need to set a clear course: a treaty on defence and security should define our fundamental obligations in association with NATO and our European allies: increased defence spending, a truly operational mutual defence clause, and the European Security Council with the United Kingdom on board to prepare our collective decisions.

Our borders also need to guarantee fair competition. What power in the world would accept continued trade with those who respect none of their rules? We cannot suffer in silence. We need to reform our competition policy and reshape our trade policy with penalties or a ban in Europe on businesses that compromise our strategic interests and fundamental values such as environmental standards, data protection and fair payment of taxes; and the adoption of European preference in strategic industries and our public procurement, as our American and Chinese competitors do.

Recover the spirit of progress

Europe is not a second-rank power. Europe in its entirety is a vanguard: it has always defined the standards of progress. In this, it needs to drive forward a project of convergence rather than competition: Europe, where social security was created, needs to introduce a social shield for all workers, east to west and north to south, guaranteeing the same pay in the same workplace, and a minimum European wage appropriate to each country and discussed collectively every year.

Getting back on track with progress also concerns spearheading the ecological cause. Will we be able to look our children in the eye if we do not also clear our climate debt? The European Union needs to set its target – zero carbon by 2050 and pesticides halved by 2025 – and adapt its policies accordingly with such measures as a European Climate Bank to finance the ecological transition, a European food safety force to improve our food controls and, to counter the lobby threat, independent scientific assessment of substances hazardous to the environment and health. This imperative needs to guide all our action: from the Central Bank to the European Commission, from the European budget to the Investment Plan for Europe, all our institutions need to have the climate as their mandate.

Progress and freedom are about being able to live from your work: Europe needs to look ahead to create jobs. This is why it needs not only to regulate the digital giants by putting in place European supervision of the major platforms (prompt penalties for unfair competition, transparent algorithms, etc.), but also to finance innovation by giving the new European Innovation Council a budget on a par with the United States in order to spearhead new technological breakthroughs such as artificial intelligence.

A world-oriented Europe needs to look towards Africa, with which we should enter into a covenant for the future, taking the same road and ambitiously and non-defensively supporting African development with such measures as investment, academic partnerships and education for girls.

Freedom, protection and progress. We need to build European renewal on these pillars. We cannot let nationalists without solutions exploit the people’s anger. We cannot sleepwalk through a diminished Europe. We cannot become ensconced in business as usual and wishful thinking. European humanism demands action. And everywhere, the people are standing up to be part of that change. So by the end of the year, let’s set up, with the representatives of the European institutions and the Member States, a Conference for Europe in order to propose all the changes our political project needs, with an open mind, even to amending the treaties. This conference will need to engage with citizens’ panels and hear academics, business and labour representatives, and religious and spiritual leaders. It will define a roadmap for the European Union that translates these key priorities into concrete actions. There will be disagreement, but is it better to have a static Europe or a Europe that advances, sometimes at different paces, and that is open to all?

Citizens of Europe, the Brexit impasse is a lesson for us all. We need to escape this trap and make the upcoming elections and our project meaningful. It is for you to decide whether Europe and the values of progress that it embodies are to be more than just a passing episode in history. This is the choice I propose: to chart together the road to European renewal. 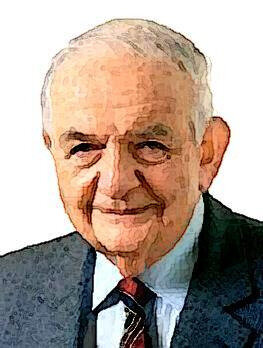 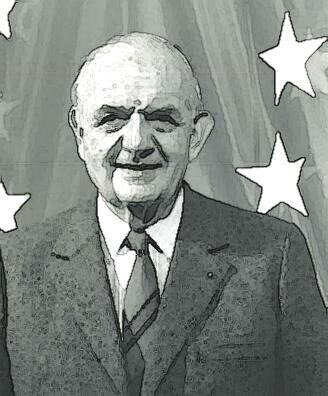 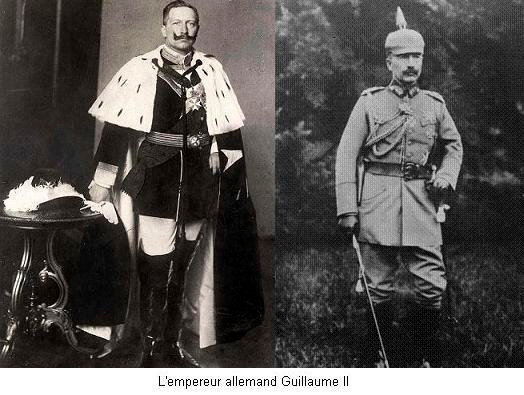